Closing in on some Numbers

After the last exercise in chasing measurements I came up with a couple, somewhat arbitrary, numbers I’ll start with. First, the Power Droid stands 1.1 meter tall, from ground to the top of the body. Second, the body is 820mm in height. These two numbers seem to give me a nice, average, proportions. Using the 820mm Height, I’ll revisit some of the pictures in my collection and try to home in on the remaining dimensions. 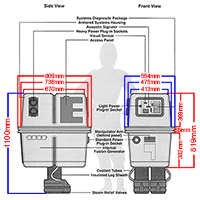 If we refer back to the Isometric Drawing by Troy Vigil, the narrow, front to back measurement is 670mm. From looking at many Gonk Droids from the films, this seem like it may be out of proportion (May be a bit long). Let’s look at some examples. 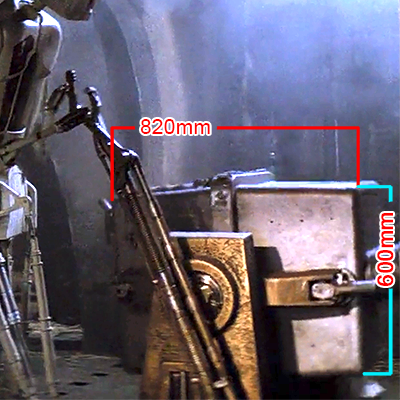 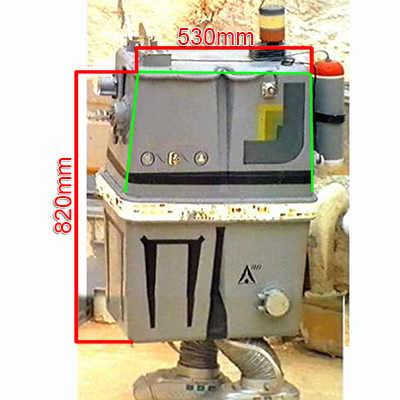 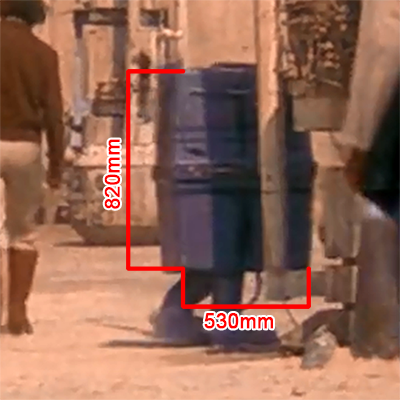 The Droid having his feet branded in Jaba’s Palace in RTJ gives us a decent glimpse at his profile. While adjusting my scale for this image, I tried to account for the perspective problems in it, and came up with 600mm for this measurement. Then I had another look at Uncle Owen’s Droid. This one has pretty good perspective, not perfect but one of the best. Here I measure only 530mm though… hmm. Then I moved on to “Not the Gonk you’re looking for” from outside the Cantina. This one also has a nice profile, but again only measures to 530mm. 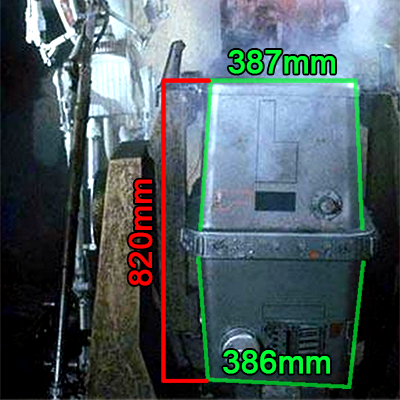 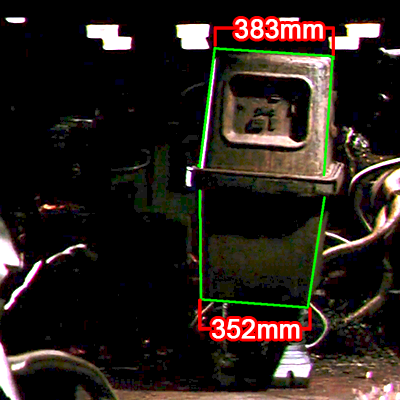 Moving on to the front profile width, the Troy Vigil drawing works out to 413mm at the narrow edge. The Droid with Hot Feet works out to 386mm+/-. Not The Gonk comes to 330-362mm. And going back to a favorite, the Sandcrawler comes to 352-383mm.

Well, as I said in my previous post, I know I have been using very un-scientific methods… The numbers I finally settle on may simply come down to a Best Guess! There is far too much perspective problems and distortion, not to mention films that may have been modified more than once for size from the original, to put too much faith in my methods. But, this has given me something to start with.

These images are freely available on the webs. I don’t intend to infringe on anyone’s IP or copyright. Star Wars is a property of the Walt Disney Corporation.